It was back in the fall of 2009 when I discovered Canadice lake in the pages of “Life in the Finger Lakes” magazine. The story was called “Canoes & Kayaks on Canadice”, and I recall thinking to myself I need to go here! Finally nine years later I did.

This morning I made the two hour trip to the western Finger Lakes and Canadice lake. Canadice is the smallest of the eleven Finger Lakes. It boasts a 6.5 mile shoreline, stretches 3 miles in length, has a maximum depth of 95 feet and is only 0.3 miles at its widest. The shoreline is void of any human presence as this is the source of drinking water for the City of Rochester.

Launching under overcast skies and wind I paddled towards the north end of the lake. There was some good chop once out on the water due to the wind whipping up the lake, which oddly enough I really enjoyed. I pretty much had the lake all to myself except for one other person. Although this lake is considered small it still is a large body of water, and having the ability to paddle in these conditions helped reinforce my confidence on larger bodies of water. After about an hour the wind calmed down quite a bit and things smoothed out. Eventually I made it to the southend of the lake. This was my favorite part of the paddle. Exploring the marshy area I was treated to some of the wildlife, such as Herons, different bird species fluttering around and possibly an Otter. I couldn’t get close enough to tell as it could have been a beaver also. Bald Eagles are pretty common here but none were seen today. However the rapid succession of a Pileated Woodpecker could be heard echoing in the depths of the Hemlock-Canadice State Forest.

Paddling back north along the eastern shore I discovered a small car top boat launch. Here you would have to carry your boat about 100 feet from your car to the water. After getting back to where I launched, boat loaded and ready to head home I saw a truck with a trailer and 8 canoes go right by me. I thought to myself that is pretty awesome! On my way home I wanted to stop and check out that small launch I mentioned. As luck would have it there was that truck and trailer loaded with canoes parked at the launch site. Coming to a stop I noticed the lettering on the truck “Hemlock Canoes”, things just got even more exciting. I pulled over and got out. It turns out that the Hemlock Canoes shop is very close to Canadice and they were demoing boats for two potential customers. Some people stalk cars, I stalk canoes. One of those canoes I drool over is a Hemlock Peregrine. She’s 15′ 9″ and weighs in at 27 pounds and wouldn’t you know it there was one strapped to the trailer. Well you know me blah, blah, blah and I was fortunate to have the opportunity to test paddle that Peregrine. I see a new boat in my distant future.

I feel very lucky to be able to live and play in such a beautiful part of our state, cheers! 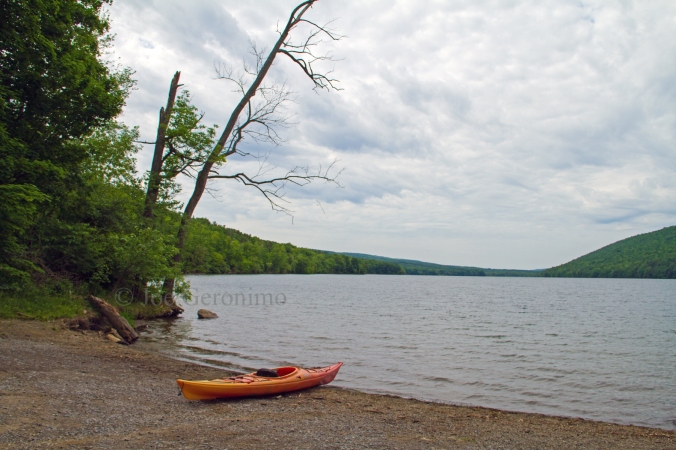 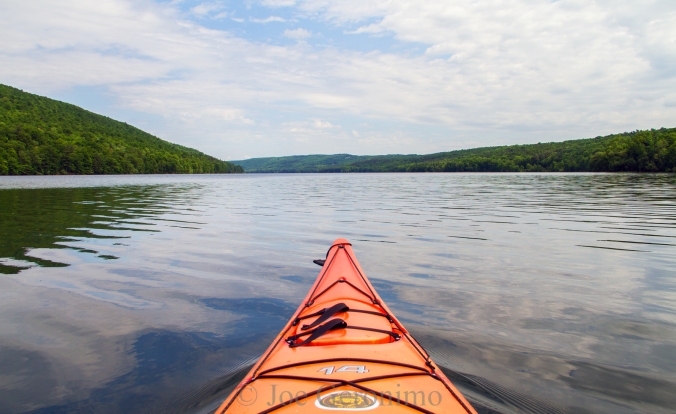 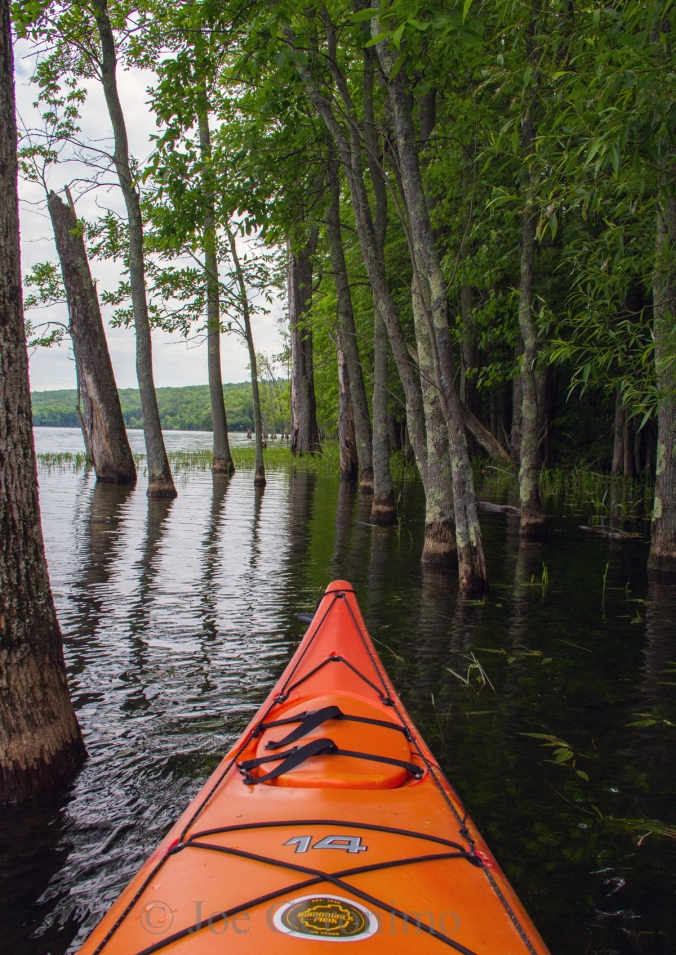 Navigating through some trees along the south end of Canadice lake June 7th 2018, © Joe Geronimo 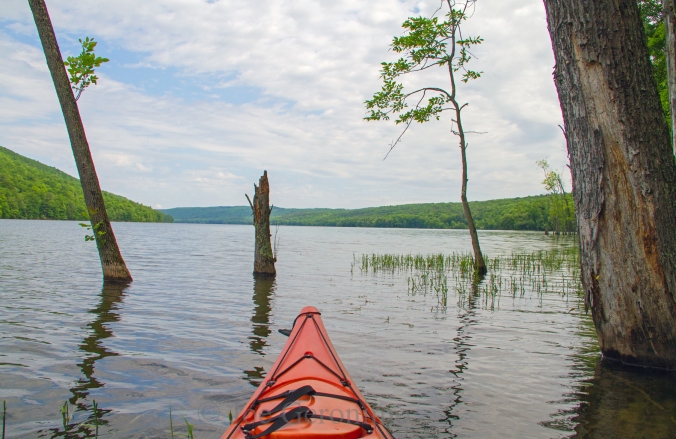 Emerging from the shoreline along the south end of Canadice lake June 7th 2018, © Joe Geronimo 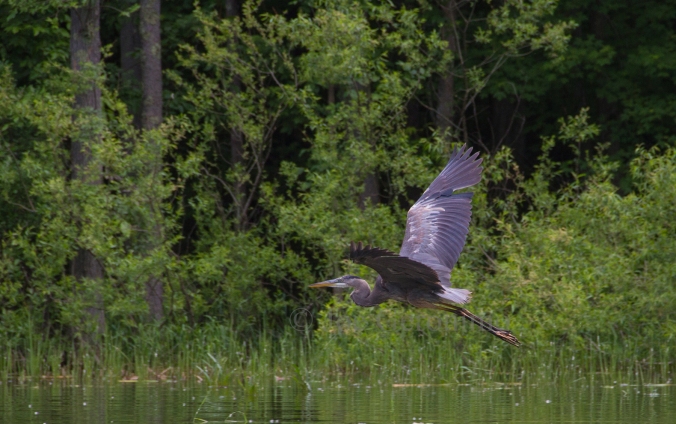 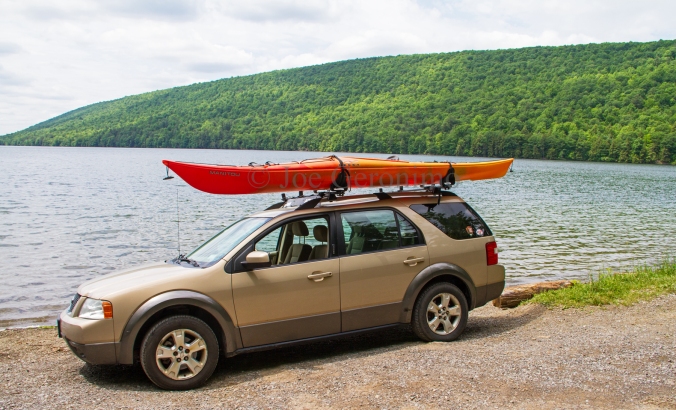 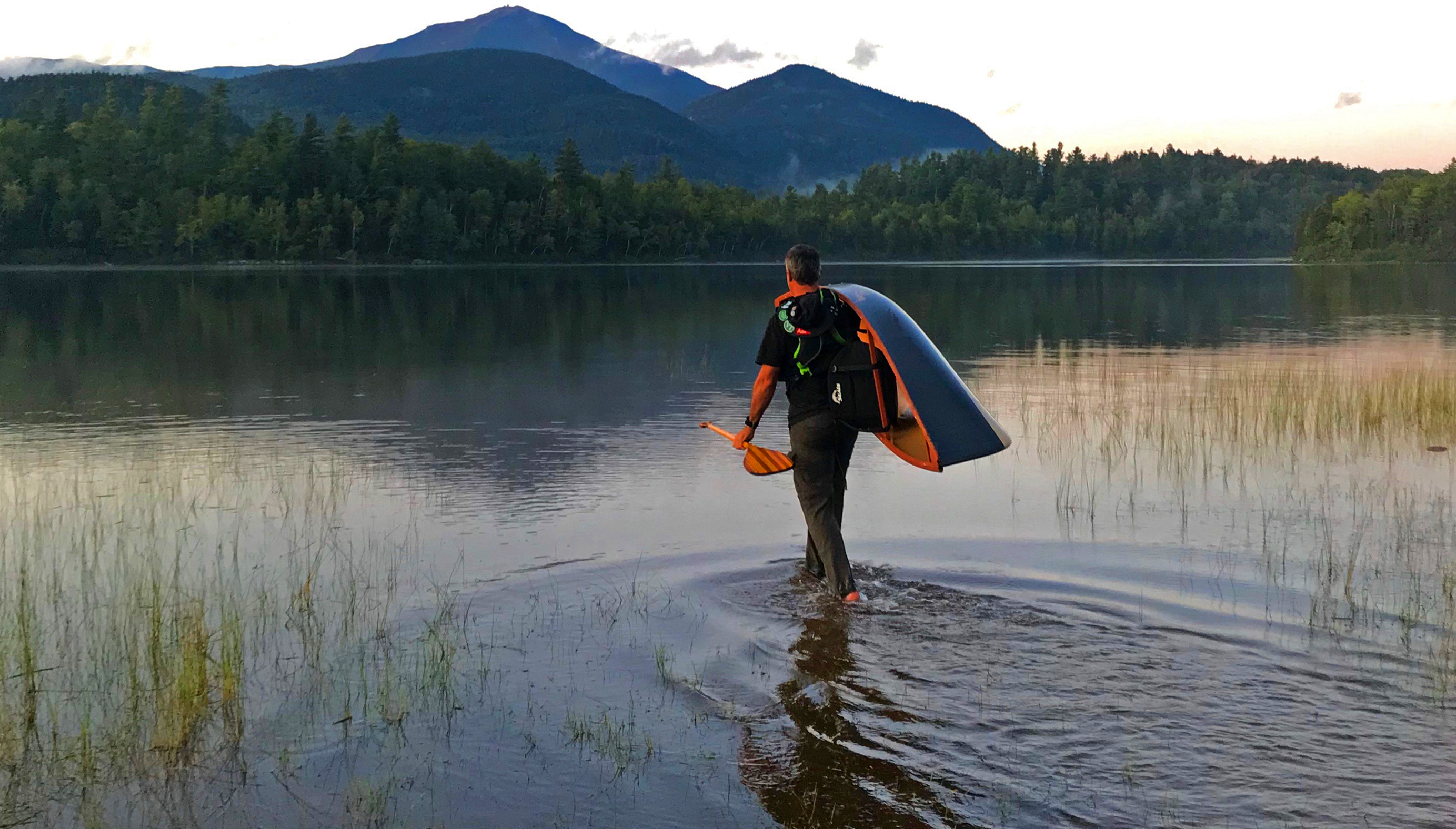 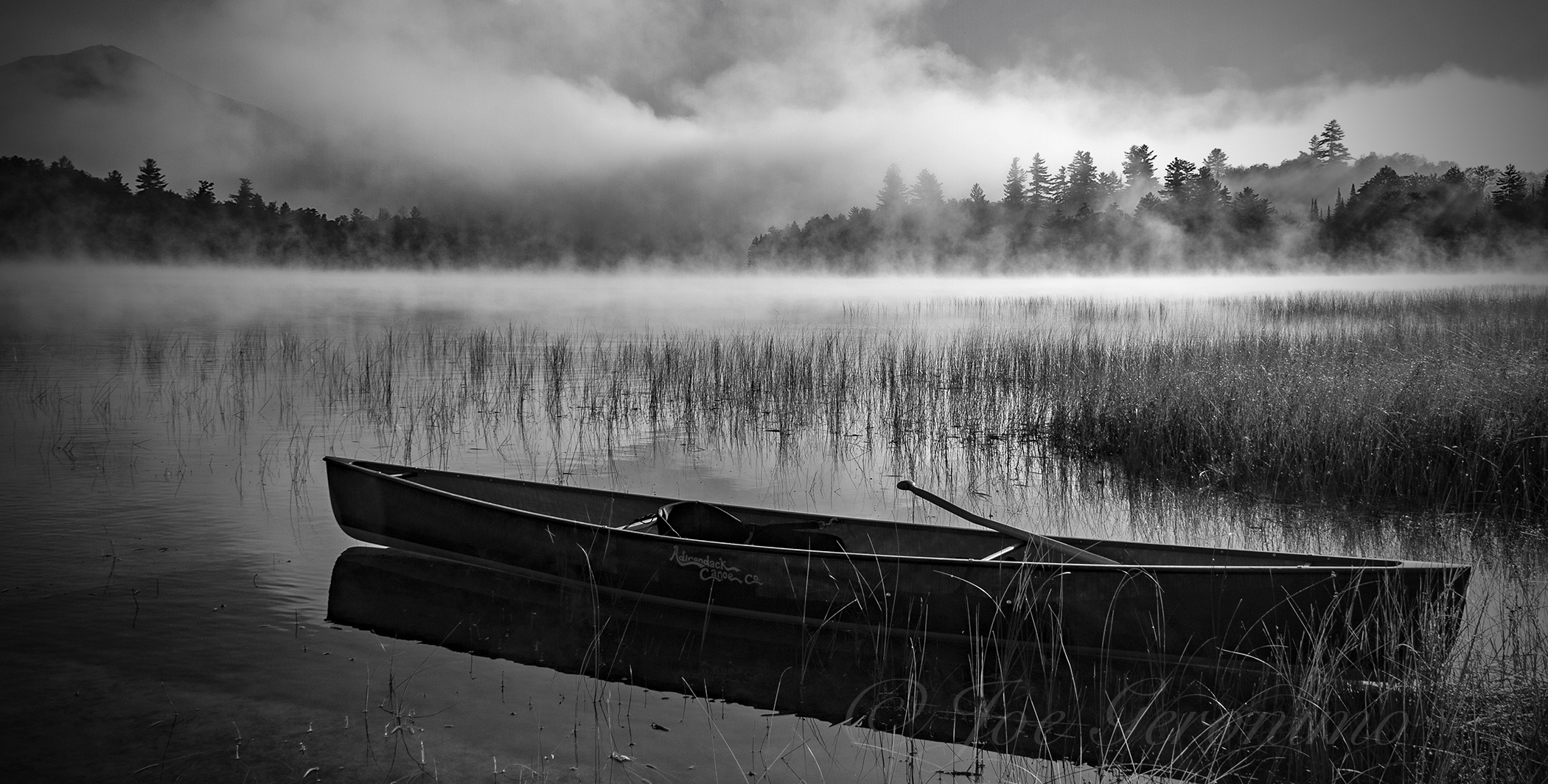 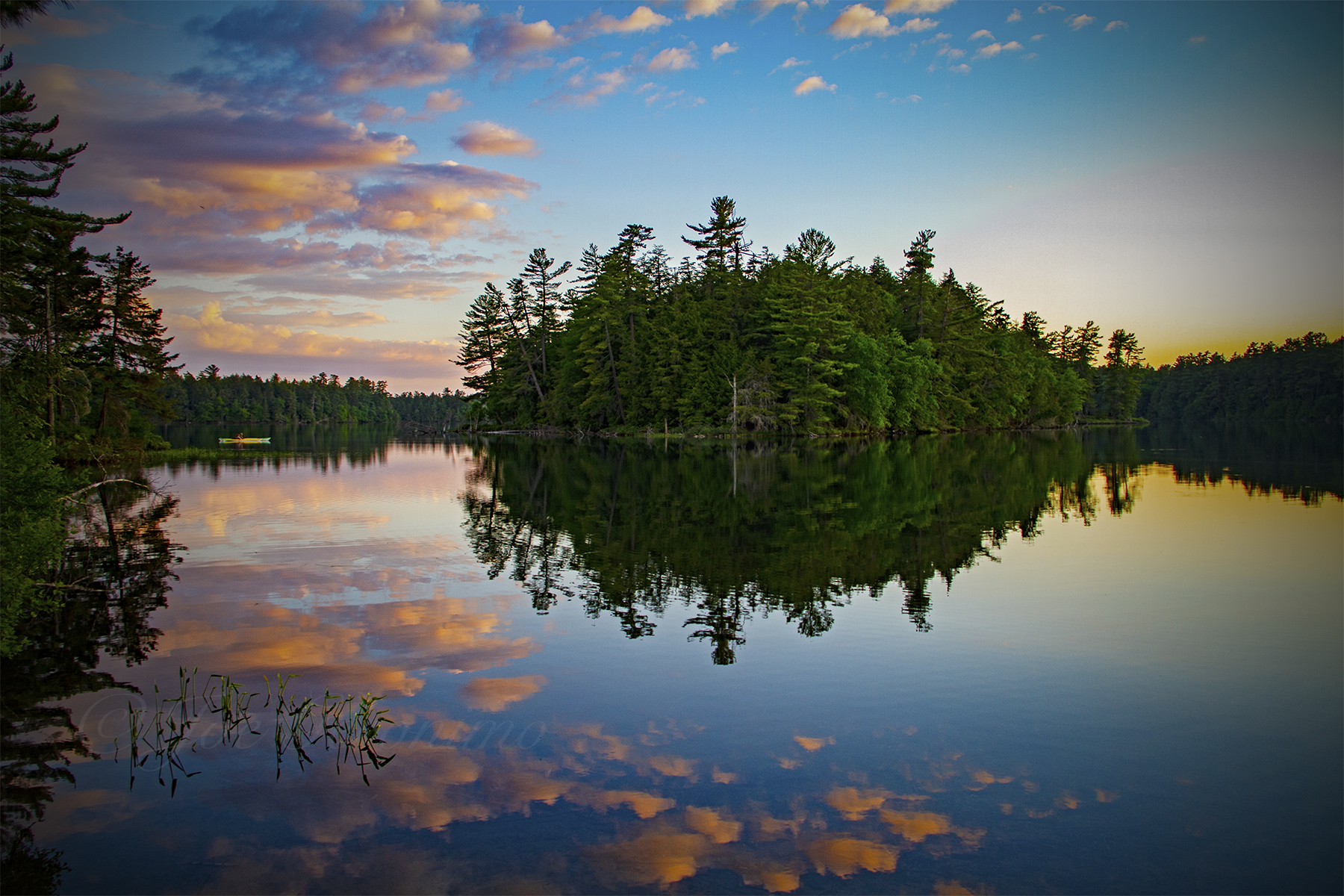