Cool and crisp as an Autumn morning should be. This morning my cars thermometer read 38 degrees as I drove the backroads to Nanticoke lake. Arriving under a blanket of fog and now 35 degree temperatures it was time to unload my canoe and hit the water. My friend Don from Ithaca who I met last summer while paddling another area lake was joining me as well on this small hidden gem near Center Lisle. The fog seemed to roll across the lake as a slight wind kept the water from being glass like. Right before the 0659 sunrise the Canadian Navy (Canadian Geese) were doing maneuvers as well as the local beavers. One beaver in particular wasn’t too fond of me being close to his lodge and thought it would be fun to try and splash me with a few “THWACKS” of his tail, he was unsuccessful! I did however slowly back away to witness the three of them playing and pushing one another around for a short while.

The sun had finally broke over the tree tops creating pockets of beautiful color along the shoreline. The color is definitely beginning to show here and it made for a nice backdrop for a beautiful setting.

At 46 acres with a maximum depth of 20 feet, sitting at 1,400 feet of elevation, Nanticoke lake was originally constructed in the 1970’s with the intention of establishing a wild, self sustaining brook trout fishery similar to those found in the Adirondacks. Unfortunately, due to low dissolved oxygen levels in the summer months, brook trout survival was extremely limited.

Notes: From the parking area to the lake is a 1/4 mile carry on a well maintained trail. Having a 17lb canoe made this extremely easy, however Don used a set of canoe wheels to wheel in his canoe into the lake. 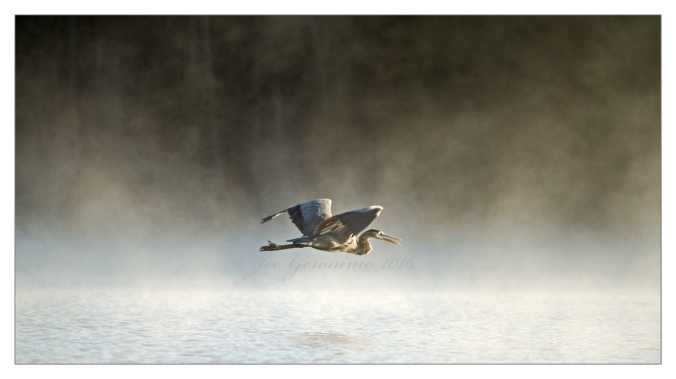 2 thoughts on “Autumn in the Air”